Much of the fun in Miami happens after the sun has set and the moon has come out to play. Nightclubs, comedy shows and concerts are just the start. But nothing can beat a perfectly crafted cocktail at these must-visit Miami bars from the Miracle Mile to Coconut Grove. Mamey on 3rd is the place to be in South Miami after dark. Situated on the rooftop terrace at the THesis Hotel, this Coral Gables rooftop restaurant and bar has everything you could want from a sophisticated night on the town. As you take in the twinkling lights of the Miami skyline, listen and dance to live music, dine on tasty dishes from an award-winning chef and savor some delicious drinks.

Just steps away from THesis’ relaxing rooftop pool, this Miami bar has more than a few bites and sips that are worth a try. To eat, don’t miss out on the white truffle & brie grilled cheese or the shishito peppers with sweet soy sauce and seaweed. As for the drinks, the lychee blossom, mango mule and jerk margarita are all Mamey on 3rd must-tries.

Bottom line: Mamey on 3rd is no basic bar—it’s one of the best rooftop bars in Miami.

Since opening its first location in 2015, Bodega Taqueria y Tequila has had wild amounts of success. They now have several locations in South Florida, including one in Coconut Grove.

Part of the reason for Bodega Taqueria y Tequila’s popularity is its delicious Mexican food. Devour just about any type of taco you can dream of—from steak chimichurri to al pastor to pescado.

But the main reason this Miami bar has gotten so much hype is because of its speakeasy set-ups. For example, at Taqueria y Tequila’s original location on 16th Street in South Beach, only the most in-the-loop guests know that there’s a jam-packed, music-filled club hidden behind the meat locker door. You’ll just have to visit Bodega Taqueria y Tequila’s many other locations to find each eatery’s hidden gems.

Copper 29 is widely regarded as one of the best bars in Coral Gables. There’s hidden thought behind each and every detail of this must-visit spot. Take the name, Copper 29, for example. Odds are, only chemistry buffs would catch this Miracle Mile bar’s connection to copper’s atomic number, 29.

The longer you hang out at Copper 29, the more you’ll realize how clever the chemistry-related name is. Between the tasty food and drinks, the lively music, the quirky decor and the fun people, it’s the ideal combination for a night out—almost like a chemical reaction. So grab a guava bloom cocktail and some short rib sliders and enjoy a bit of Coral Gables nightlife! The highlight of the Titanic Brewing Company is undoubtedly its beers. There are six in-house brews, which have been perfected over the last 25 years and are only available in-house. On top of that, there are over two dozen additional beers that are rotated throughout the year. In other words, it’ll take you quite a few visits to try all of the Titanic Brewing Company beers. But after your first, you’ll undoubtedly want to come back again anyway.

Situated in The Biltmore Hotel, which just so happens to be a National Historic Landmark, this Coral Gables bar has an air of luxury and sophistication. With the gold patterned wallpaper, vintage liquor and even a spinet piano, you’ll feel like a guest of honor when you spend a night out here.

The Biltmore Bar doesn’t get too crazy with its drinks. This is where you go for a fancy glass of wine, an imported beer or a classic old fashioned. Pair your pick with the light burrata salad, the sumptuous crab and lobster ravioli or the hearty grilled 14-ounce New York strip. 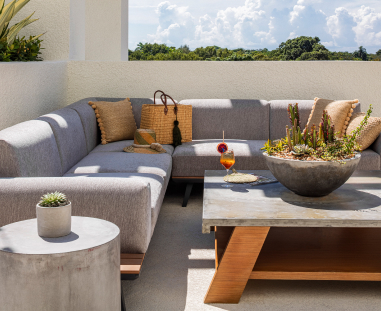 Step inside and discover your THesis. Live your THesis with our special offers. 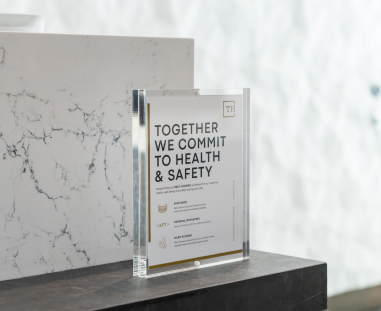 Rest assured, we are in this together.